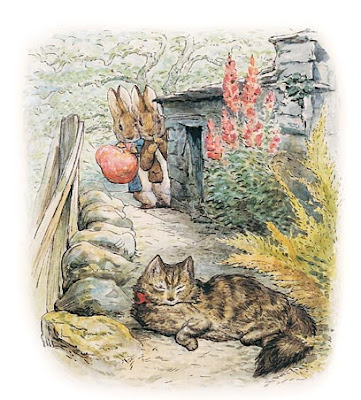 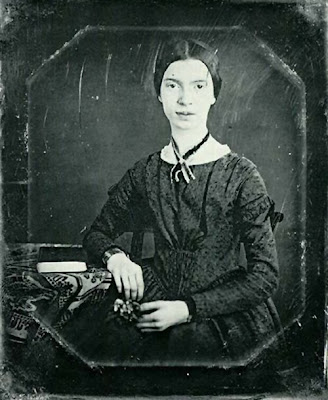 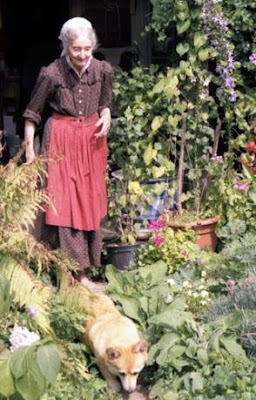 (cat by Beatrix Potter, Emily Dickinson and Tasha Tudor)
I finished the pot of coffee after brewing up a pot of chili (don't you think its better for chili to simmer all day? I do) and so there I was, making a bunch of cat bowls and mugs which are a new style for me and I started thinking, of course, about my NUMBER ONE HERO, Beatrix Potter, whose work I love dearly, and then the radio was talking about Emily Dickinson and then I started thinking about Tasha Tudor.

Tasha has died only in the last year at 92, and what a living wonder, just as Beatrix was, gardening, farming, writing and illustrating books. We had lived not far from her in New England and she might be better known there. She has a simple illustrating style, and could have been Beatrix's American daughter, with her dogs and cats and paintings of them in wonderful books. I get less inspiration from other potters than I get from Tasha and Beatrix.
Beatrix, of course, is my number one hero of all time. When I was little my mother read me Peter Rabbit every day and I always wondered what chamomile tea was. You appreciate how she could illustrate so beautifully, and how she did so much to preserve the Lake District in England.

We lived in New England for 13 years and many times went through Amherst, Massachusetts, and I can't believe I never stopped at her house. Its right there, big and beautiful, just outside downtown Amherst. Emily Dickinson is not an illustrator, but there is something about her reclusive personality that I understand, which is not to say I am a genius as she was. When asked about her companions she replied:
"You ask of my companions. Hills, sir, and the sundown, and a dog large as myself...." I could say the same!
Posted by Gary's third pottery blog at 8:44 AM

You are a genius, Gary.

What interesting choices... it lets us know even more about you, Gary :)

Have you seen the movie that was made about Beatrix Potter? We rented "Miss Potter" (made in 2006) and I thought was charming.

Tasha Tudor is a lovely person and artist. And what a great name, no?!

My mother collects Tasha Tudor books AND she gifted us, when our first boys were small, with the collection of lovely Beatrix Potter stories on video tape (superbly done, some live action, some animation). IMHO, Emily Dickinson rocks the poetry world.

Tasha was actually born with a very different name and chose this one. Why not?

I have a wonderful Peter Rabbit collection of stories from when I was small that my grandmother gave me. It is so special to me. Beatrix Potter has always been a hero of mine. But the movie, Miss Potter, was pretty terrible. :)

Oh I see above you already wrote about the movie... I actually didn't like it... :(

Beatrix Potter's language, too! . . . . the friendly sparrows implored Peter to exert himself . . .

Love the life Beatrix Potter led - very unusual for her generation!Whe you've seen the movie about her - it's too short!!